The new MSN400-PRO Twin Studio flash has all the latest features of the new HD610PRO TTL battery flash range but is mains powered for full-time studio use.

For those that don't shoot outside or on location, the MSN-PRO provide an amazing commercial-grade, no-compromise studio flash.

With 1/56000 flash duration freeze mode, LED modelling lamps, built-in wireless, group control colour coded indicators, Jinbei continues to drive the studio flash market. Part of the development testing for the MSN range was to fire at full power 1000 times without overheating. With a flash-refresh time of just 0.9s, these are beasts!

This kit is compatible with all brands of camera, including Leica, Hasselblad, or Pentax using the included Jinbei TRV6 wireless trigger. The MSN PRO provides High-Speed Sync for Canon, Sony, Fuji, and Nikon cameras by upgrading to a Jinbei TRQ7 trigger.

The Jinbei EasyCap function allows you to easily mask out the background of a photo for fast workflow in post-production. Capturing the first shot with the object exposed correctly, and then firing a different group of lights to expose the background only in the second shot creates a mask to import for editing the image.

The built-in wireless receiver in the MSN PRO heads is compatible with a wide range of Jinbei triggers to work in with other Jinbei lights you may already have, such as the Jinbei HD400PR0, HD601, and HD610PRO. The Jinbei MSN-PRO can be controlled with the TRS-V, TR-V6, TR-Q6C, TR-Q6N, TR-Q6S, and TR-Q6F, and the TR-Q7 wireless triggers.

Included in this kit

PLEASE READ INFORMATION REGARDING AUTHORISED VERSUS NON AUTHORISED JINBEI STOCKISTS. IF YOU BUY FROM SOMEONE NOT LISTED ON THE "AUTHORISED STOCKIST LIST" ABOVE, YOU WILL NOT BE COVERED BY THE AUSTRALIAN 2 YEAR WARRANTY. Only Jinbei items bought from PROtog or one of our Authorised Resellers are covered by the official Jinbei Australia 2 year warranty. Purchases from Grey importers are NOT eligible for local repair by Jinbei Australia, or covered by the Jinbei Australia 2 year extended warranty. Photo Shop Studio, Hypop, Fotogenic, and Photo Equipment Store are Grey importers. 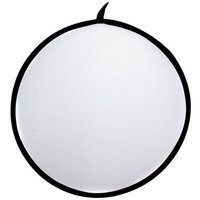 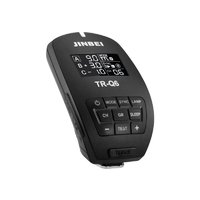