At the touch of a button, you can output the red and blue flash of a police car, a flickering flame (candlelight), the flash of a lightning storm, the Flicker of a TV screen, the flicker of a dying light bulb. and an SOS signal. Each of the special effects has many different settings to help you adjust it and create the exact effect you need, as well as a built-in LCD panel showing you exactly what settings you're using, making it easy to fine tune and then recreate them in future. With easy-to-use dials and buttons built into the light tube, as well as built-in 2.4GHz radio control and master/slave functions, this RGB tube light is versatile enough to fit right into your existing set up without needing a lot of extra preparation.

This light's master/slave mode also makes it easy to synchronize multiple lights by chaining them together using the included sync cable to create a powerful bank of lights performing synchronized effects. Perfect for use in the studio or on location, this lightweight tube is available in 2-foot and 4-foot lengths. Both length variants are 1.9 inches in diameter making them T12 compatible. It can be powered using the included AC adapter and also has two built-in 2200mAH batteries for use where no mains power supply is available. Supplied in a padded carrying case complete with all the accessories you need to get going, including mounting clips for adapting your light to a tripod or the wall.

The Pavotube has octagonal ends, allowing it to be placed on the floor or a surface at a specific angle to give you maximum control over the throw of the lighting. Both 2-foot and 4-foot variants are available as single lights as well as kits of two lights and four lights. Nanlite Barndoor with Eggcrate grid for the PavoTube 30C 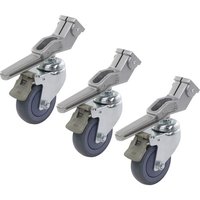 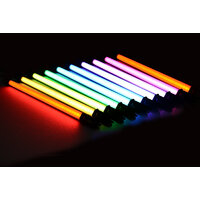